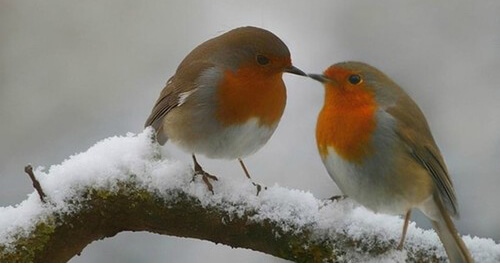 Valentine’s Day – Love is in the air !

The first mention of Valentine’s Day with a romantic connotation dates back to 14th century England, where it was believed that 14 February was the day when birds started to look for a mate.
At that time, it was common for lovers to exchange love letters and call each other their Valentine.

This English tradition then spread across Europe.

Valentine of Terni, whose Saint’s day is on 14 February, was named by the Catholic Church as the patron saint of lovers, receiving this title in 1496… although this did not stop the Church from trying to ban the Valentine’s tradition.

A number of legends and customs were invented during this period, becoming widespread among the European aristocracy up to the mid-19th century and popular with ordinary people in the 18th century.

The more “commercial” Valentine’s Day that we know today developed in the mid-19th century in the United States, with the sale of cards similar to the love letters exchanged by Valentines lovers.

However, in North America, cards are not exchanged in the same way as in Europe, where a Valentine’s card is sent to one person only. People often send a dozen cards, and some primary school children send them to their teacher.

Tradécom is a translation and interpreting agency based in Besançon, founded in 1988.
Catering to the challenges of globalisation/international expansion, Tradécom offers a combination of language skills and in-depth knowledge of industry.
Whether you need written translations or help organizing a conference, we will take care of all your information every step of the way.